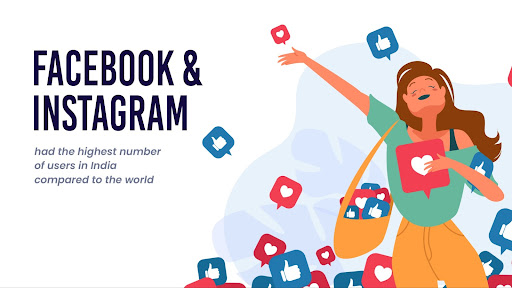 Social media has become an integral part of the Internet, and it’s no different in India than it is anywhere else. The digital landscape in India is evolving, and social media use in India follows suit with every small change. Social media have come to play an increasingly large role in the lives of Indians, from their relationships to their careers to the ways they spend their free time. Social media in India has grown by leaps and bounds over the past few years, with more users logging on every day to share their experiences and thoughts with the world, build their personal brands, and learn about others through content shared by them or their peers.

Here’s a list of the top 17 most popular social networks of 2022 sorted based on the number of monthly active users :

As a community-oriented society, it comes as no surprise that chat and social networking apps are widely popular in India. In the third quarter of 2020, about 92 percent of Indians used messenger applications, while 90 percent of users accessed social networking apps. On the other hand, health and fitness apps along with dating and friendship apps had the lowest user share in the country that year.

The two social media giants, WhatsApp and Facebook had the highest number of users in India compared to the world. At the same time, India ranked second in the world in terms of the number of Instagram users. And even though these are different social media platforms, Facebook owns both WhatsApp as well as Instagram, making it the largest stakeholder in India’s social media economy.

This move goes to show that India’s internet market has a tremendous potential, and the world’s biggest social media company is set on making the most of it.

Read more about Social media in India and their usage statistics-